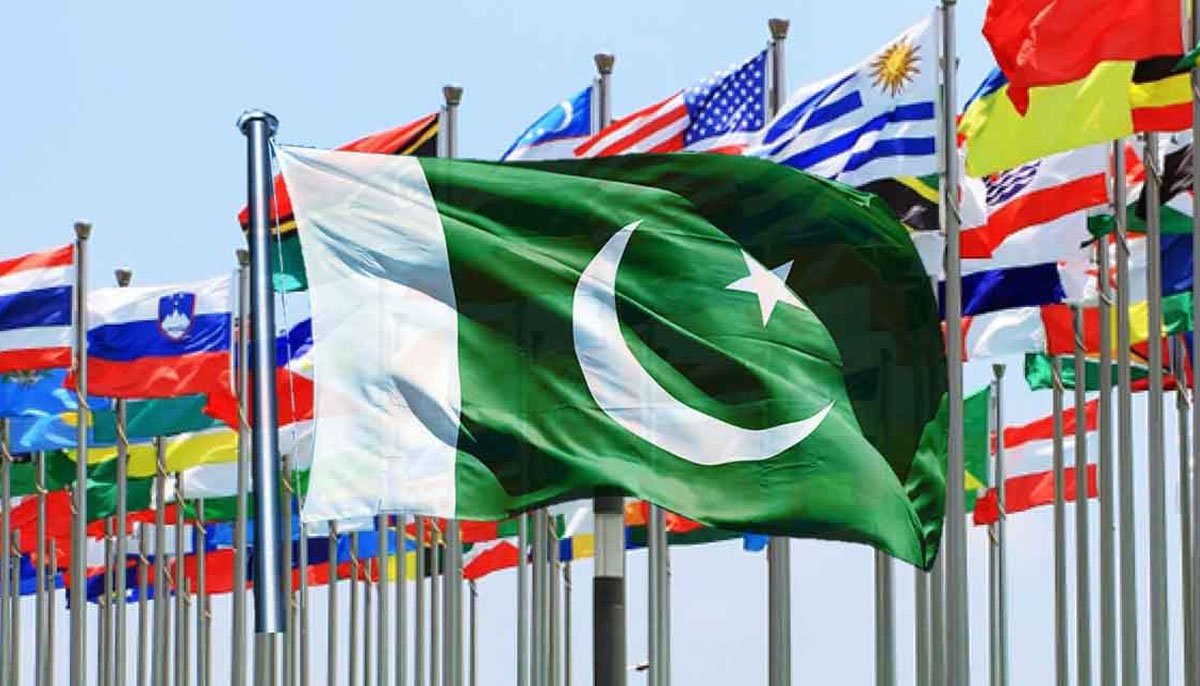 “When we least expect it, life challenges us to test our courage and our will to change. At such a time, there is no point in pretending that nothing happened or saying that we We’re not ready yet. The challenge won’t wait. Life doesn’t look back.

Pakistan’s history is replete with expected and unexpected challenges that have mostly been self-propelled, emanating from the excessive selfishness of its successive rulers. Even if one casts a cursory glance at the chain of these challenges, one would be struck by their monotony and frequency and by the fact that they were never approached in a timely and pragmatic way by trying to eliminate the causes. It was as if the overriding urge was to always push them under the rug and be taken off the work list.

All the while, these exceptional challenges fueled the culture of beneficiary mafias that grew more and more powerful as the pile of problems grew. They were the ones who profited from the resulting situation. Instead of the state tackling these challenges to ease the suffering of impoverished people and provide them with much-needed relief, the greed of these marauding mafias has only grown as they colluded with corrupt and heartless rulers to raise their profit empires.

Pakistan is rising. Pakistan is growing. The challenges are successfully met. With key milestones reached, new paths open up. The country is moving forward. What remains is the arduous task of implementing an ambitious reform agenda to induce fairness, equality and transparency in the functioning of state institutions to ensure the betterment of people across all divisions.

Over time, this collusion became the general framework to not only protect these evil mafias, but to ensure their continued growth and expansion at the expense of the state. After accumulating power and influence, and renouncing all pretensions, the rulers moved on to lead these mafias, thus constantly eating away at the emaciated cadre of the state and depriving people of their rights. The country has been practically taken over by this mafia conglomerate. With growing and blatant support and rank patronage from the ruling elite, their grip grew ever tighter and their greed grew.

Over the years, two mafia dons emerged that controlled the operations within this criminal underworld: the Sharifs and the Bhutto/Zardaris. To perpetuate and prolong their grip on the levers of power, they have planted a network of criminals, across the institutional reach of the state, who have yielded to their whims and fancies by becoming the beneficiaries of an empire of growing crime and corruption. There were legislators devoted solely to filling their coffers, a decrepit and compromised bureaucracy that compelled mobsters to gouge their own profits in the marketplace, and an arrogant judicial system that literally split the institution of justice into two distinct sections: l one addressing the rich and powerful and the other addressing the poor and marginalized communities. The nature of the justice rendered to both would be proportional to the advantages which the judiciary and its followers would derive in the matter from one or the other.

On top of that was the media which, both as a state-run entity and as private sector groups, aided the mafias by projecting their serious misdeeds and financial crimes as achievements. copies. Thus, for these dons and their network of mafias, the state was practically reduced to being a hostage in their sinister grip to promote the culture of crime and corruption. They thought they had done everything to allow their family fiefdoms to continue to take turns to denude the state in perpetuity.

In the meantime, the nature, scope and bite of the challenges grew increasingly daunting. This has had an impact on all levels of governance, thus seriously compromising the growth of the state, sometimes its survival. It was such a pile of existential problems that one was afraid of where to start the process of fixing it, and whether, given the mob of mafias operating with their tentacles deep in the ground, one was even possible at all.

Imran Khan’s enthronement as Prime Minister coincided with the downsizing of the state to an all-encompassing and unprecedented level, in terms of performance and promise. But, as expected, the dons and their mafia syndicates immediately sprang into action to challenge the legitimacy of the government with a litany of lies and name calling. It was now that their citadel of crime and corruption, which they had built by practicing deception and cunning over the years, faced a tangible threat. They set out to approach it in a way that was both malicious and underhanded.

They believed they would be able to rise to the challenge through their factories in all key positions in state institutions, including the bureaucracy. Truckloads of money were unloaded to buy the loyalty of those whose doubts lingered. Particular attention was paid to the media and their operators because they are the ones who will market the fallacious narrative of the opposition to create an anarchic situation and facilitate their return to the annals of power.

What they didn’t realize was that they were up against a person who had a reservoir of indomitable courage and insurmountable conviction. He was determined to turn things around, regardless of the nature and immensity of the challenges he faced. After a few initial hiccups, Prime Minister Khan gradually managed to pull the ship out of the turbulent waters and put it on course towards the coveted destination: an economically stable, benevolent, benevolent, progressive and prosperous Pakistan.

Despite the impact of the covid-19 pandemic that set countries back years, Pakistan has been on a cruise as evidenced by the latest growth figures made public. The GDP growth rate for fiscal 2021 has been revised to 5.37% (from 3.94%) and the size of the economy has increased to $346 billion from $296 billion previously. Due to the agricultural transformation plan, the sector grew by 8.3% while the industrial sector grew by 11.95% and the service sector by 12.5%. Per capita income in dollars fell from $1,543 to $1,666. The budget deficit was reduced to 6.1% while the debt to GDP ratio was reduced to 7.3%. Then there’s the ever-expanding health card and welfare programs under the Ehsaas banner that focus on providing relief and opportunity to the country’s most deserving communities.

The government’s performance has been recognized internationally by institutions such as the World Bank, Bloomberg and The Economist. In its latest normality index, The Economist ranked Pakistan at number 2 where “commercial, recreational and traffic activities have returned to normal”, thus far reflecting effective management of covid-19. And above all, despite the challenges, there is growing hope in the health of the economy, which should gradually emerge from troubled waters.

It is neither the performance of an ineffective government nor that of a government without a clear vision of progress and growth. Through courage, commitment and determination, a host of obstacles, both natural and those created by an opposition desperate to see the backs of the government, have been overcome. Their frustration will grow further with time, as will the government’s confidence and determination to continue pushing Pakistan down the curve of progress and development to bring relief to its people, especially impoverished and marginalized communities.

Due to the pursuit of an independent foreign policy dedicated to restoring Pakistan’s sovereignty and stature, there are also challenges in the international arena. We have faced them with courage and perseverance, ensuring that national interests are not compromised under any circumstances. Our relationship with China remains on an upward trajectory while our relationship with Russia is improving rapidly. We remain keen to expand our historic relationship with the United States. We are further consolidating our relations with the European Union and the United Kingdom. Particular emphasis is also placed on improving our relations with African countries. Things in Afghanistan seem to be gradually calming down, bringing peace to our western border. There are some nibbling issues that need to be addressed, particularly with regard to the continued presence of the TTP in Afghanistan. Efforts are underway to resolve this issue in the overriding security interests of Pakistan.

We have come a long way, but there are still miles to go. The comprehensive systemic reform chapter is on hold due to lack of numbers in Parliament. Necessary changes in the compendium of laws should be incorporated to make the system more functional and transparent. The government has asked the opposition to support it in the essential effort to implement the desired reform which will benefit everyone. The initial response, as expected, was negative, which is extremely disconcerting. The opposition seems reluctant to concede the advantage to the government even in matters of national importance. Petty and yellowish politics stand in the way.

Pakistan is rising. Pakistan is growing. The challenges are successfully met. With key milestones reached, new paths open up. The country is moving forward. What remains is the arduous task of implementing an ambitious reform agenda to induce fairness, equality and transparency in the functioning of state institutions to ensure the betterment of people across all divisions.

The author is a political and security strategist, and heads the Regional Peace Institute – an Islamabad-based think tank. E-mail: [email protected]. Twitter: @RaoofHasan